Are You Getting the Job Done as a Dad? Be Like Simon of Cyrene.

Are You Getting the Job Done as a Dad? Be Like Simon of Cyrene.

Imagine Simon of Cyrene. In Jerusalem for Passover, his mind is back home. He has been gone for weeks, and surely his boys Alex and Rufus are up to their old tricks. He’s really just passing through.

On this Friday evening, he would have rather been home reading the papyrus and watching a little gladiator practice from his balcony. He notices a bit of commotion near the city gate and wonders, What’s going on?

Then his day gets serious. Simon is swept up in a crowd of onlookers near a rocky pathway through Jerusalem. A convicted blasphemer stumbles through the final hours of his life, forced by Roman soldiers to carry his own instrument of death. From onlookers, Simon hears how earlier that evening the Sanhedrin sentenced the man in his early thirties to be crucified on Golgotha, a hill just outside of town.

Drawing closer to the scene, Simon makes eye contact with the cross-carrier who wears an expression that can only be described as a fusion of fear, determination, and compassion. Who is this man? Weakened and bleeding profusely from a recent severe scourging, the man stumbles. There is no way he can make it up this steep path.

With no warning, a guard in full armor grabs Simon’s shoulder and shoves him in the path of the criminal. What now? What have I done? Simon hears an order. Out of fear and propelled by his own unexpected compassion, he obeys. With a grunt, he hoists the heavy crossbeam onto his own back. How has this wounded man carried this burden?

Relieved of the oppressive weight, Jesus of Nazareth takes a full breath into his lungs and stands tall for just a moment. He sees faces. He hears the weeping and the jeers. He feels it all. And then he turns and leads Simon toward Golgotha, the place of the Skull.

Simon of Cyrene is only mentioned three times in the Bible. The gospels of Matthew, Mark, and Luke barely describe the scene. We really don’t know why Simon is in Jerusalem. Or whether he stayed to watch the crucifixion . . . or the resurrection.

But we do know he carried the cross.

For centuries, that phrase has been used to describe the burdens people take on. We say things like “I guess raising an unruly teenager is my cross to bear.” Or “My illness is a cross I’ll have to carry.” Or you might imagine some linebacker saying, “Coach, you can count on me to lead this football team. I’ll carry that cross.”

But it’s more than that. For a full explanation, all we have to do is turn to Matthew 16:24-25. Days or perhaps months before his death on the cross, Jesus challenges his disciples, “Whoever wants to be my disciple must deny themselves and take up their cross and follow me. For whoever wants to save their life will lose it, but whoever loses their life for me will find it.”

That’s pretty clear. This is not about taking one for the team or putting up with an inconvenience for a while. It’s about each of us giving up our life for Jesus because he gave up his life for us. That’s actually a pretty good trade.

I have to assume Simon traveled 900 miles back to his family in Cyrene (now Libya) a changed man. He didn’t know why he was being recruited, but he got the job done. You can’t have that kind of intimate interaction with the Son of Man without coming away a different person. We don’t know really know Simon’s emotional response to his role as a cross-carrier. Initially, he might have been reluctant or angry. But when it comes down to it, Simon was the only person besides Jesus to actually carry that now-famous and ubiquitous cross.

Are you jealous? I am a bit. I’d like to think that I would have stepped up, lifted that beam, and carried it as far as Jesus wanted. I don’t know if I could have stayed and watched the nails enter his hands and feet. It’s not pleasant to even think about. Especially since it was my sins that put Jesus on that cross. 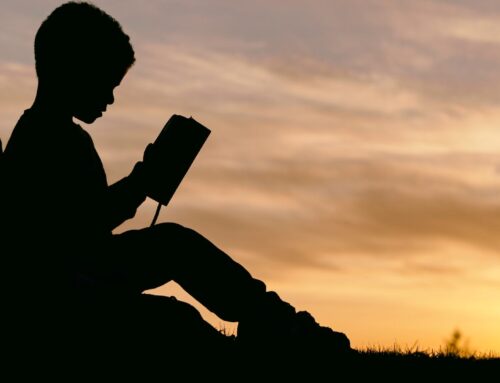