Just the facts: helpful fatherhood statistics for your reference

Just the facts: helpful fatherhood statistics for your reference

Just the facts: fatherhood statistics for your use.

Use these fatherhood statistics in videos, speeches, and research as you wish.

The following stats are from various references. We will add images as we can going forward. We hope this will be a spot for you to find various stats to help you promote the problems and the solutions of fatherhood and father absence. 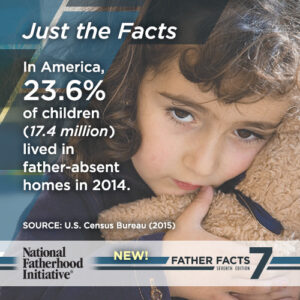 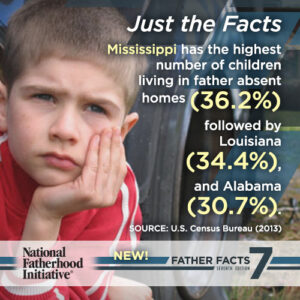 Just the facts: by state. 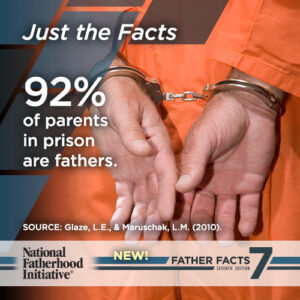 Just the facts: fatherhood and prison.

92% of parents in prison are fathers, and between 1991 and 2007 the number of children with an incarcerated father grew 79%. Even after controlling for income, youths in father-absent households still had significantly higher odds of incarceration than those in mother-father families. Youths who never had a father in the household experienced the highest odds. 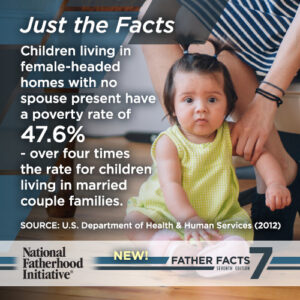 About the Author: Ryan Sanders

Ryan Sanders is a writer, editor, and marketer with decades of fatherhood research, writing, and experience. He currently serves several ministries including writing for Family First, All Pro Dad, Mark Merrill, and Lifeway. He has experience writing speeches for Prison Fellowship, marketing and research for National Fatherhood Initiative, and consulting with various ministries like Manhood Journey and Trail Life USA. He is married to Tonia and they have three children. He is currently as a doctoral student at The Southern Baptist Theological Seminary where he received the Master of Divinity. He is a Fellow at The Colson Center for Christian Worldview and serves as Lay Pastor at McLean Bible Church in Washington, D.C.