Do fathers matter? Most parenthood research has focused on the mother and her role and impact on the child. However, in the last few decades, a body of literature has emerged looking at the father’s role in a child’s life and the adverse effects of absent fathers.

In general, the research suggests that fathers play an integral role in their child’s life and affect child outcomes. A father’s role and impact are influenced by various biological, social, and environmental factors. Furthermore, a child who grows up without a father is more likely to have more negative outcomes than a child who has an involved father.

The main aspect of fatherhood research looks at what is included in the role of a father. There are two main views of what a father’s role should look like. The traditional perspective, endorsed by Cleaver, suggests that a father’s roles include: provider, protector, role model, disciplinarian, entertainer, and teacher. Contrarily, the contemporary viewpoint, backed by Cosby, sees a father’s role consisting of: caregiver, partner with the child’s mother, and a source of affection and emotional support.

Another aspect of fatherhood research deals with the differences between the roles of mothers and fathers. The media perpetuates the idea that fathers are incapable of taking a caretaker role with their child, especially with young children.

However, research informs us that fathers, too, respond sensitively and attentively during interactions with their children. In the growing body of fatherhood literature, a significant portion has been dedicated to the father-infant relationship. Bader (1995) found that dads are emotionally connected to their infants. Rodholm & Larson’s (1982) study examined fathers’ behaviors when being introduced to their newborn and found that fathers behave appropriately at the first meeting.

Furthermore, although the changes may differ, both dads and moms have hormonal changes around the birth (Rodholm & Larson, 1982). Also, fathers, just as mothers, are attentive, sensitive, and skillful in their interactions with infants. For example, dads alter speech patterns and were equally as responsive to infant cues (Storey, Walsh, Quinton, & Wynne-Lamb, 1997).

About the Author: Jeffrey Shears

Director of JMSW at North Carolina A&T State University. He holds the Ph.D from the University of Denver. His research interests include fathering and quantitative research methods. 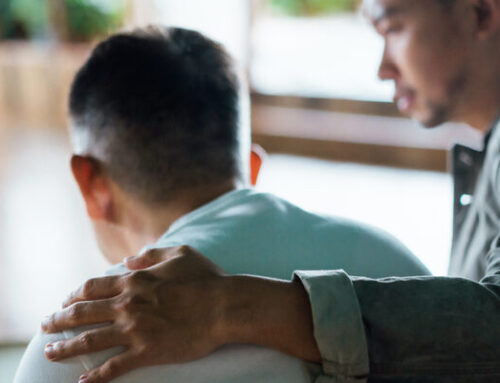 3 Ways to Engage in the Pro Abundant Life Movement Gallery

3 Ways to Engage in the Pro Abundant Life Movement